On a warm afternoon of sun soaking and relaxation, the Danube, the second-largest river in Europe, unexpectedly became my introduction to Serbia. Like most first-timers in the country, I thought that would be Belgrade but we arrived in the city late at night after an exhausting day of travel from Austria. Early next morning, we set off for the city of Donji Milanovac to board our cruise along the River Danube.

This was our first stop along the Roman Emperors and Danube Wine Route, one of 32 Cultural Routes of the Council of Europe that take visitors through the shared heritage of different countries in Europe and beyond, and promote human rights, cultural democracy, diversity, and cultural exchange.

Running through Croatia, Serbia, Bulgaria, and Romania, the Roman Emperors and Danube Wine Route is home to 20 Roman archaeological sites and 12 wine regions, where the culture of wine production dates back to the period when the Roman Empire first developed a stronghold here. An interesting fact is that much of the historical revelations and the discovery of sites in this area have been fairly recent events that took place in the last two decades and are still a work in progress.

Today, the intrepid traveler can explore the region’s towns, sites, museums, national parks, and of course, its wineries. Archaeology buffs will no doubt find it interesting to explore the historical sites and museums. While I didn’t have the time to taste the famous wines of the region, it’s something I intend to do in the near future. After all, a wine culture that is over 2000 years old is one that makes me curious.

The Danube, known by various names in the 10 countries that it passes through, originates in the Black Forest of Germany and flows for approximately 2,857kms. before it meets the Black Sea. The river has witnessed the histories of the earliest human settlements, of different cultures, and perhaps most importantly that of the Roman Empire. Even today, the river acts as a link between Western and Eastern Europe and the hundred million people that live near the Danube speak 20 different languages. How’s that for diversity?

The widest, narrowest, and deepest parts of the Danube are in Serbia in the nature reserve of the Djerdap National Park. The gorge, a part of the boundary between Romania and Serbia is also called the ‘Iron Gates’. The narrowest part of the Danube is known as the Great Kazan and at this point, the river is 140m wide extending up to 5.5km at its widest. The landscape of rolling green hills, shadowy mountains, towns, and villages along the river is peppered with interesting monuments, each with a story of its own.

Traveling around Serbia? Here’s a post about Tara National Park.

I must admit- I knew nothing about the history of the Iron Gates or even much about the Danube. Luckily, my journey along the Roman Emperors and Danube Wine Route meant that I could fill the gaps in my knowledge of the world’s history in a way that’s more effective than merely reading about it.

An Iron Gates Cruise along the Danube in Serbia was as much of an enlightening history lesson as it was an afternoon of lying in the sun and recovering from the tiredness of the previous day. We cruised from Donji Milanovac to the city of Kladovo, where according to some, the Danube appears to be the most beautiful in Serbia. Along the route, we saw incredible reminders of the illustrious past of this region and talked about life in modern-day Serbia with our guide Srdjan and project coordinator Vladan.

Our first and rather quick stop before we had even boarded the cruise was the 14th-century Golubac Fortress, located on a hilltop at the entrance of the Iron Gates. The castle was closed for restoration works and so while we couldn’t really explore it, we did get a photo stop. When the first hydroelectric dam was built on the Danube in 1964, the outer walls of the fort were submerged due to flooding. Since 2005, restoration works are in progress to save this historical treasure.

The original purpose of the fortress and the identity of its first owner remains shrouded in mystery but throughout its history, it has been fought over and owned by different powers such as the Hungarians, Serbs, Austrians, and Turks. Its strategic location on the Danube, no doubt, made it desirable to the warring forces.

Many legends are associated with the fortress, one of which is quite tragic. It’s said that the fortress was the home of a particularly beautiful princess. A wealthy Turkish Pasha was taken with her and despite his presents, the girl, who was in love with a fisherman, refused his advances. He then asked her father for her hand in marriage only to be refused again. In a fit of rage, the man conquered the fortress and chained her to an isolated rocky cliff in the Danube facing the fortress while she cried in regret, “Baba kai” the name given to the spot of her banishment.

Tabula Traiana is a memorial plaque on the Serbian side erected to commemorate the construction of a military road by Roman Emperor Trajan to move supplies to his troops in Dacia. The construction of the road in the rugged mountain terrain was considered a feat at the time. The current position of the plaque is not its original one; it was moved 50m higher due to the flooding of the original location when the Iron Gate I Hydroelectric Power Station was constructed in the 1960s.

When Srdjan asked us to keep our cameras ready for a sight that would truly amaze us within the next five minutes, I certainly wasn’t expecting to see a massive bearded face with piercing eyes stare at me from the rocks on the Romanian side of the river. Imagine my surprise when I saw this:

Hydroelectric dam on the Danube

Note: This article is part of the Crossing Routes – Blogging Europe  2016 campaign, in the framework of the Joint-Programme between the Council of Europe and the European Commission aiming at promoting the Cultural Routes of the Council of Europe, in collaboration with iambassador.

Hi! I'm Natasha, a Dubai based traveler, blogger and writer who likes to experience the world in cultures, cuisines and hiking trails. I love chaotic markets, Middle Eastern food, hiking in mountain villages and having my mind blown by the world when I least expect it. Sounds interesting? Read more 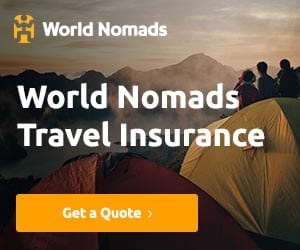 This article contains affiliate links that I may be compensated for, at no extra cost to you. Taipei, Taiwan’s capital city is a place…