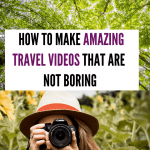 As we begin to travel again, we’re creating more travel videos than ever before and sharing them on social media. Today smartphones offer excellent video quality and you don’t need to own an expensive camera to make professional-level travel videos for Instagram or your YouTube channel.

Whether you make videos for fun, or as a content creator, and whether on your smartphone or DSLR camera, these tips will take your travel videos to the next level.

Decide upon the purpose of your travel video

You know what’s common to every book you want to keep reading, every movie that captures your attention from the get-go, and every podcast that you can’t get enough of?

Good storytelling, and a storyline that was created with intention.

To make a good travel video, the first thing to do is to set an intention for what you want them to do, i.e. decide upon a purpose for them, before you start filming a bunch of random scenes.

Your video should educate, entertain, engage, or inspire. That is exactly as simple as it sounds.

A travel video that tells you about the enormous amount of plastic waste on a beach in Bali – whether that’s a 30-second Instagram Reel or a 20-minute long piece of video journalism shot documentary-style – educates you about ocean waste.

A travel vlog that shows the vlogger sampling Belgian waffles at different spots around Brussels, and includes funny moments and mishaps along the way entertains you.

Think about the story you want to tell

Deciding on a purpose is only half the work in the idea phase. That clearly defined purpose should be your guide to the story you want to tell. 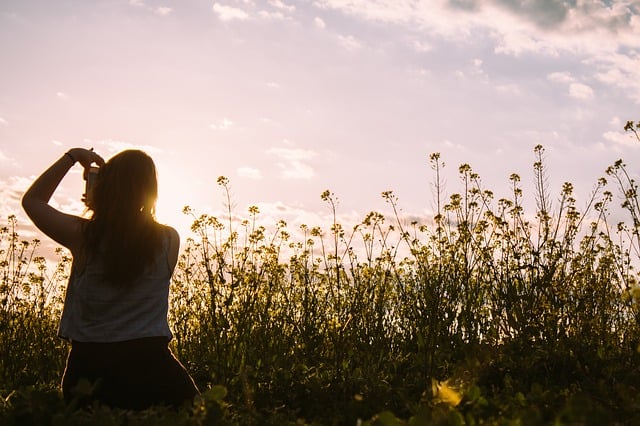 Think of the story as a sort of roadmap and each time you film a scene, ask yourself if it takes the story ahead on the roadmap.

A good story doesn’t have to be intense or complicated; the best stories are those that deal with simple themes that people can relate to.

The story of four friends on a cycling trip through a region in Slovenia, created to inspire more people to go, is a good story.

The story of your weekend getaway to a new city where you try delicious food and visit local markets and museums– to educate, entertain, or inspire – makes for a good story.

It took me hours upon hours of sifting through boring video footage only to delete it off my hard drive to understand this – when it comes to filming, less is more.

Instead of filming every little thing, make a shot list, i.e., a list of shots that you believe would work best to tell your story.

But you might wonder – how will I know what I want to film when it’s going to be my first time somewhere?

You don’t need to know the exact scenes – you can’t possibly because travel videos involve spontaneous moments. But at least have a rough idea of the scenes, different angles, and how many video clips you need so you don’t waste time filming unnecessary footage.

Let’s say you want to make a one-minute video of a hike. Here’s an example of a shot list.

Some action is essential to keep viewers interested. In other words, something needs to happen in the scene. A scene where nothing is happening is boring – and instead might make more sense as a photo. 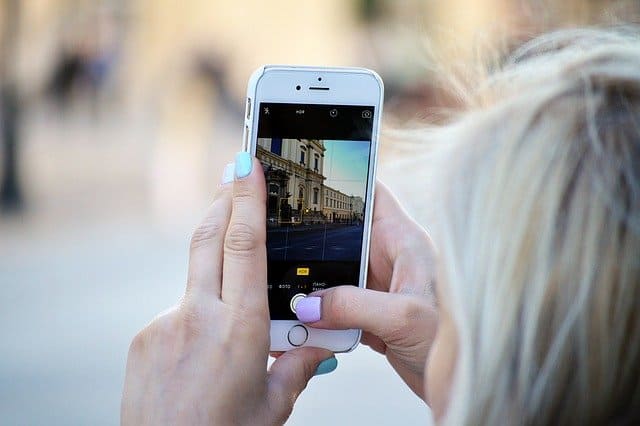 How do you add action while filming a beautiful vista from a viewpoint?

The simplest way is to pan the camera horizontally.

But a more interesting way is to first bury the lens into your friend’s shoulder and then pull out into a wide shot, at the same time having them walk into the scene, going as far as they can and looking at the vista. This adds scale and makes it easy for a viewer to imagine themselves in the scene.

The best videos include scenes with action and the reaction to that action.

For example, let’s say you want to make a video of a delicious plate of spaghetti – maybe you’re in a seaside village in Italy, or maybe you’re making a video to promote a specific restaurant in your own city.

Shot 1: A close-up of a hand twirling a fork through the spaghetti. Think of this as the ACTION shot.

Shot 2: A medium shot of a person eating the spaghetti (still an action shot).

Shot 3: A close-up of them shutting their eyes, or smiling as they taste the flavors. Think of this as the REACTION to the Action Shot.

Including a reaction to the action completes the storyline.

Audio should not be an afterthought

Don’t underestimate the power of audio. The audio, whether that’s background music or a voiceover and sound effects, can make your audience feel interested, excited, emotional, or hopeful. Audio dictates the mood of the story, and it’s an important component that marks the various stages of a story.

Before you load your clips onto software like video editor Movavi, Final Cut Pro, Adobe Premiere Pro, or Inshot, think carefully about the music you want to use.

It’s best to edit according to the music rather than adding the music after editing, as an afterthought.

With travel videos, you have room to be creative and use, where available and permitted, music created by diverse artists. Not only does that support their work but it can also add a beautiful cultural element to your travel video.

Don’t add too many transitions

It took me years to understand that transitions must serve a purpose. Repeat after me: You don’t need to throw in fast or fancy transitions to make a great travel video.

The best transitions fit with the scene and mood of the video.

For example, you’re editing a video of a peaceful kayak ride through a mangrove forest. A bunch of fast blur, pan, or zoom transitions between shots will be in conflict with the calm and serene mood you’re after.

If the rest of your elements are strong, you’re good – don’t fall into the trap of transition overkill.

Have you tried making travel videos? What would you add to this list?