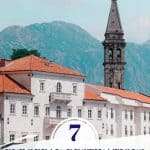 A cruise holiday in Europe is a great way to visit multiple cities in a few days, especially if you’re pressed for time and want to outsource your itinerary planning. Given that the different ages in your group are likely to have different preferences as to how they want to experience new places, a European cruise not only helps you avoid the anxiety that comes with planning an itinerary that accommodates so many varied interests, but also ensures that you’re actually getting to enjoy the best highlights at each port. From adventure activities and market explorations to one-of-a-kind culinary experiences, cruise operators now offer shore excursions that have something for every kind of traveler.

Moreover, it’s no longer the case that you can only visit overcrowded, touristy places (such as Venice or Dubrovnik) on a European cruise. With the spotlight on how mass tourism ruins places, for both locals and visitors, cruise operators are now designing sailings where the ports are under-the-radar destinations, giving cruise vacationers a more relaxed experience.

Here are 7 European destinations that you didn’t know you could visit on a cruise. 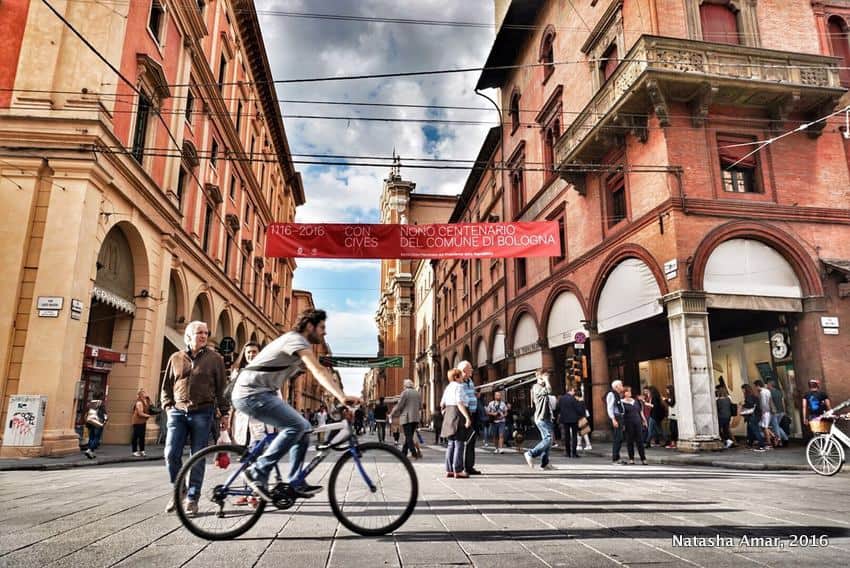 While Bologna might not get as much hype as Florence, Milan, Cinque Terre and Tuscany, this lively university town in Italy’s Emilia Romagna region is undoubtedly the culinary capital of the country, which is a mighty title to hold in a nation that’s as food-obsessed as Italy. Fondly called La Grassa (the fat one), the home of Parmigiano Reggiano (commonly known as Parmesan), real Balsamic vinegar, Spaghetti al ragu (commonly known as Bolognese), the only university of gelato in the world (yes, there’s such a thing), and most recently, FICO Eataly World, the largest food park in the world, Bologna is the foodie vacation of your dreams. If you’ve always dreamt of taking a cooking class in Italy, Bologna is a fantastic place to do it. 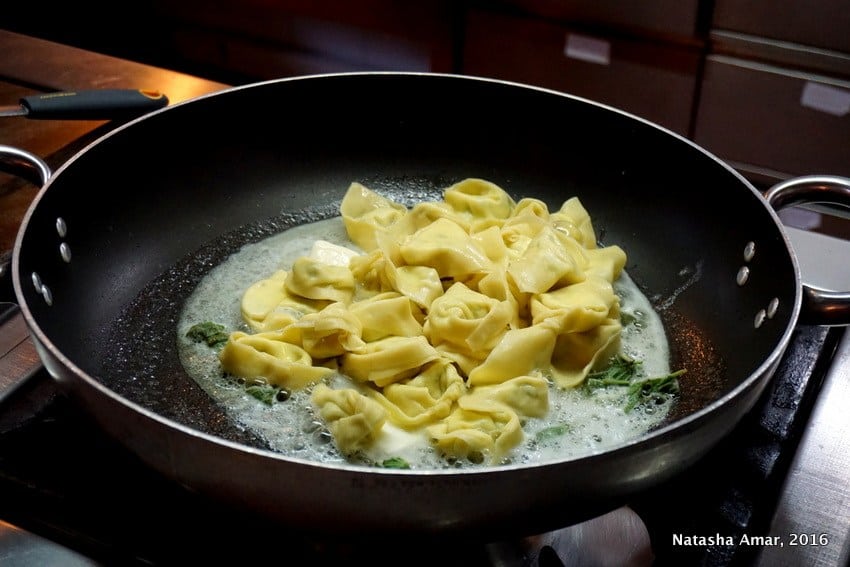 Tortelloni cooking in sage and butter

But it isn’t just about the food; the city itself is great to wander around in among medieval architecture and narrow backstreets, as you escape the blazing afternoon sun by stepping into the shade of its famous porticoes. The city’s lively squares are busy with musicians and buskers and bantering students who bring their theater classes to the streets. Bars spill onto streets, their chatter only growing around you as you weave through them. The markets, with their colors, tastes and smells, are a treat for all the senses.

Bologna is also home to interesting museums, one of which is the Museo internazionale e biblioteca della musica (International museum and library of music) where you can learn about the city’s illustrious heritage of music and look at some of the oldest books, paintings, musical instruments, documents, letters and portraits of personalities such as Farinelli, Rossini, Verdi and Johann Christian Bach. 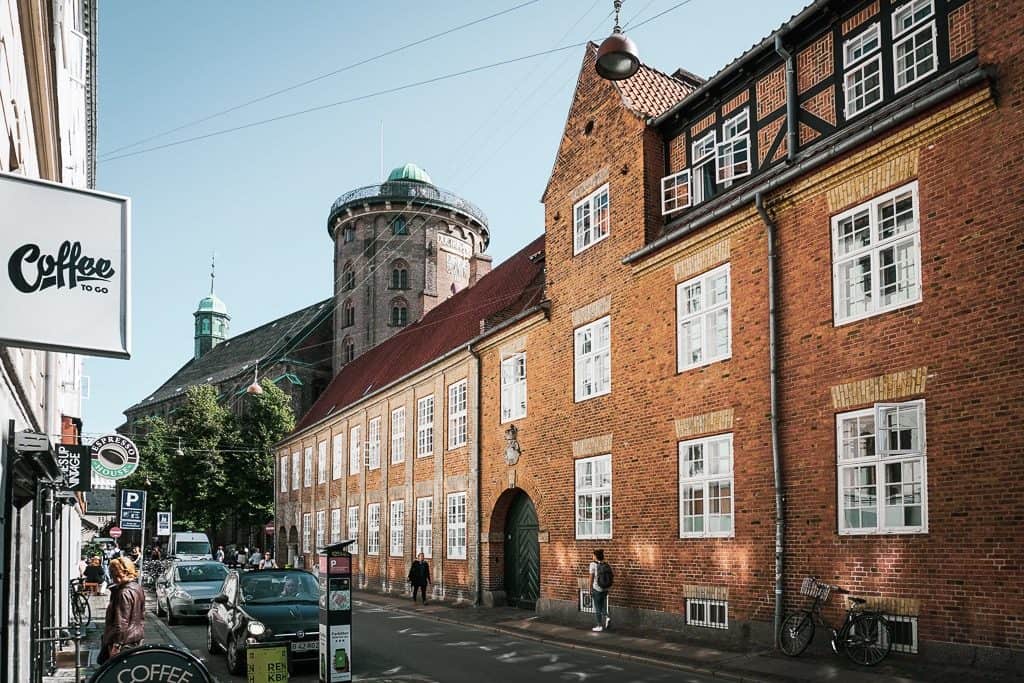 Copenhagen’s popularity as one of the coolest Nordic capitals is only soaring; just try to book a hotel last minute in summer. While its leading role in ushering in the era of new Nordic cuisine and abundance of Michelin-starred restaurants might be the city’s claim to fame, there’s plenty more to see and do.

From a strikingly beautiful harbor (Nyhavn) that is the stuff of photographers’ dreams and lush parks to museums, design and art galleries, boutique stores, and magnificent palaces and cathedrals with gothic spires sprinkled across its old town, Copenhagen is the kind of city that has something for everyone.

Visit the Little Mermaid, the city’s famous statue that was built in 1913 as a tribute to author Hans Christian Andersen. Walk along Strøget, the city’s main shopping street that leads into the old town, as you nibble on a warm waffle on a stick.  Make time to see sights such as the Rosenborg Castle, Christiansborg Castle, Rundetaarn, Louisiana Museum of Modern Art and Tivoli Gardens.

Much of the city’s highlights revolve around food, with food festivals, food halls and food markets being an excellent way to eat like the locals. Visit Copenhagen Street Food at Reffen on the island of Refshaleøen to eat at foodtrucks serving everything from Indian street food, tacos and crepes to Hawaiian ice cream. At the Torvehallerne Market, not only can you shop for fresh produce, you can also nibble on light meals from different vendors in the market. Visit a few of the city’s famous cocktail bars where talented mixologists serve up crafty cocktails that may not even be on the menu. 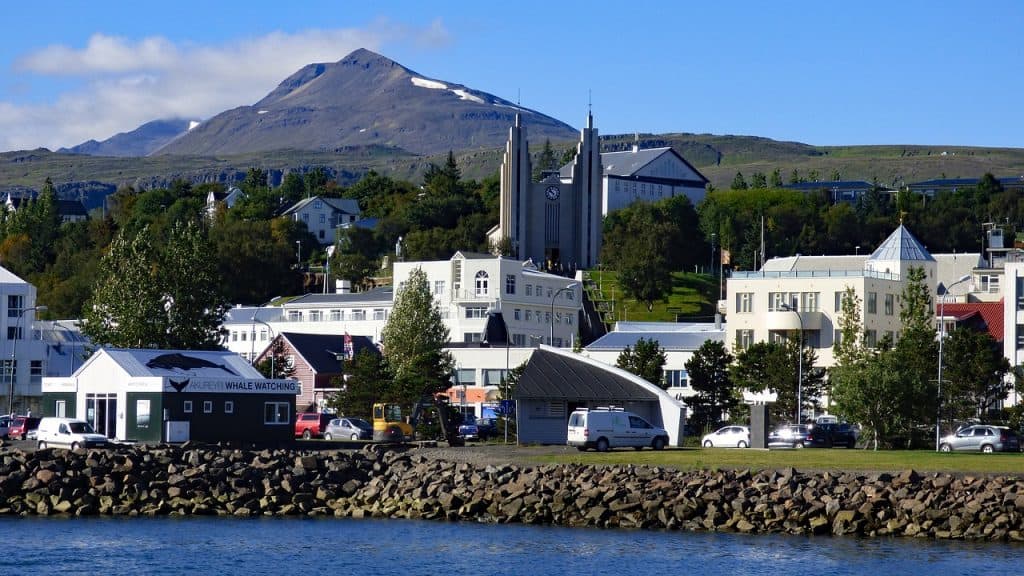 While most tourists to Iceland land in Reykjavik and explore the country’s beautiful south coast, only a few make it to the north, where the town of Akureyri, at the base of Eyjafjörður, Iceland’s longest fjord, is the heart of all the action. While to Icelanders, Akureyri is the country’s second city, with around 20,000 residents and a center that you can easily walk around in a day; it most definitely feels like a town.

Home to colorful wooden houses, cool cafés, breweries, restaurants, bars, museums and hostels, as well as a church, Akureyri is a popular base for travelers who want to explore north Iceland and sights such as the Goðafoss and Dettifoss waterfalls and the Mývatn Nature Baths. Visit the Akureyri Museum to learn about Akureyri’s history and see temporary exhibitions around the town’s culture and traditions.

Fancy a bit of golf? Head to Jaðar golf course, the most northerly 18-hole golf course in the world. Feel like you’ve seen most of Akureyri in a morning? Hop on the ferry to the island of Hrísey for an afternoon of walking along its trails and bird watching.

To relax after a little wandering, head to the Akureyri swimming pool to unwind in geothermal pools.

If you’re feeling adventurous, head to Hlíðarfjall for a bit of skiing or to simply enjoy the views as you ride the chairlift over the slopes. Whale-watching and snowmobiling tours from Akureyri are also available. 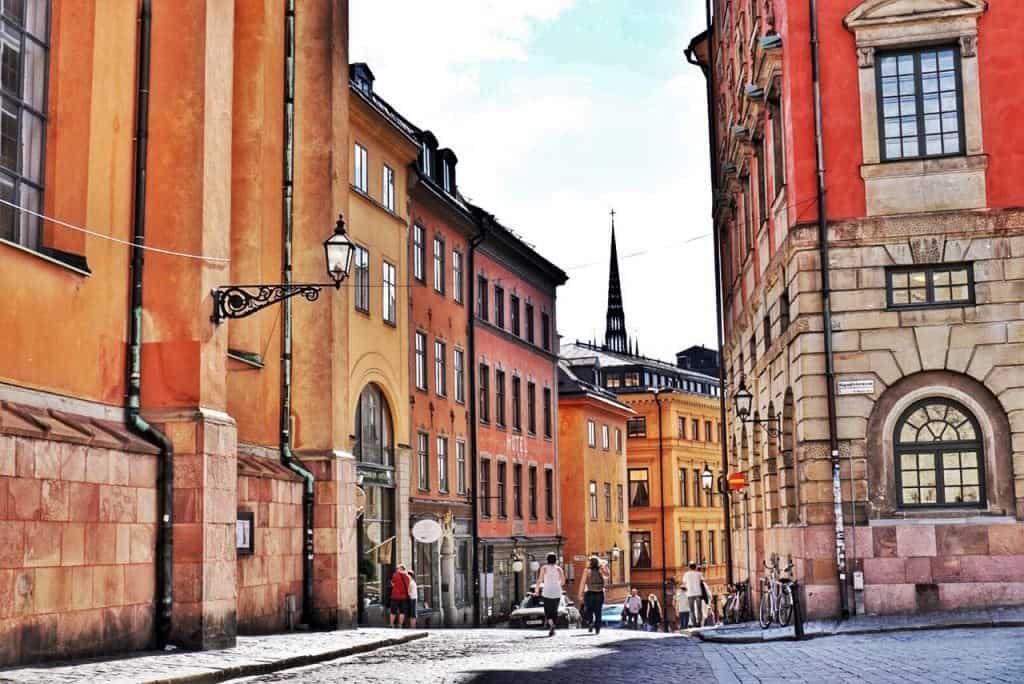 Spread across 14 islands, Stockholm is easily the most beautiful city I’ve been to, and not surprisingly, I loved it so much that I decided to stay for an entire month. The city’s old town or Gamla Stan, with romantic cobbled streets, royal palace, churches and colorful Gothic facades is the perfect introduction to the city while its gorgeous harbours and waterfront promenades make walking and cycling around the city a true joy.

Stockholm is also home to some of the coolest museums in the world, such as the ABBA Museum, Kulturhuset, and Fotografiska. Södermalm, Stockholm’s former working class neighborhood and now hipster district, complete with 300-year old wooden cottages and skateboarders, is home to vintage and retro boutiques, second-hand shops, cool art galleries, boutiques, and trendy cafés and bars.

While the city has many green spaces, city trails, parks and gardens such as Millesgården and Djurgården, to escape to for some downtime during your day, the islands of the Stockholm archipelago lie just a short ferry ride away. Here on islands such as Fjäderholmarna, you can spend an afternoon experiencing a thrilling RIB (inflatable boat) ride, watching glass blowers at work, visiting little boutiques and enjoying a summertime picnic as you take in the beauty of archipelago. Read more about why you’re sure to fall in love with Stockholm. 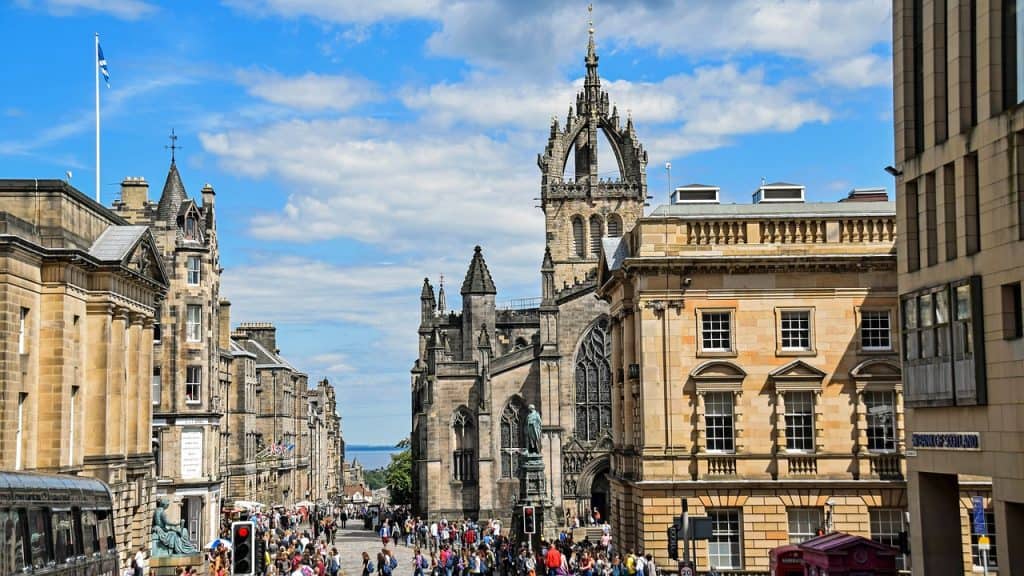 There’s something distinctly magical about Edinburgh; a strange feeling in your heart, not very different from the kind when you lock eyes with a complete stranger and feel like you were destined to meet and this could be the start of something new and exciting. The cityscape itself has a raw, dramatic beauty to it with cobbled streets and medieval gothic spires reaching up to the sky, reminiscent of the jagged cliffs and crags of the Scottish Highlands.

There are palaces and museums aplenty and tours about legends and ghosts, all of which seem fitting, given Edinburgh’s intriguing vibe. The locals are friendly and not shy about telling you where you should seek your tipple, along with a taste of the city’s fantastic live music scene. Edinburgh’s legendary pubs, theaters and bars showcase the best of Scottish nightlife. Whisky tours are a must for whisky-lovers because there isn’t a better place to do it than in the home of Scotch.

Edinburgh also plays hosts to the world’s biggest arts and culture festival- the Edinburgh Fringe. If you can time your visit to coincide with the festival, you’ll get to experience the finest in literature, comedy, theater, dance, music, and performance arts. 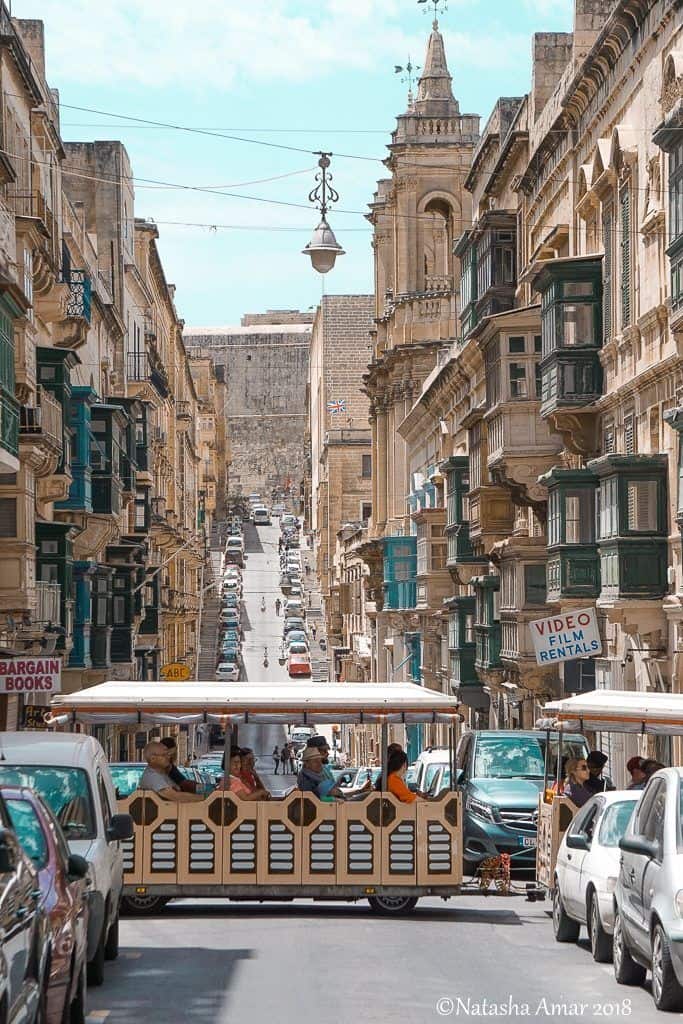 Valletta, the capital of the archipelago nation of Malta, surprisingly continues to be an under-the-radar destination that has all the ingredients of the perfect Mediterranean holiday. Built as a fortified city to thwart attacks of invasion from the Ottoman Turks and inspire confidence as a military, commercial and cultural powerhouse, modern day Valletta is a UNESCO World Heritage Site and the European Capital of Culture for 2018.

Its honey-colored cobbled lanes that wind up and down across its hilly terrain bring tourists to see grand Baroque facades, palaces and mansions, colorful balconies, and magnificent churches. With this regal backdrop, the city takes confident strides into the present with aesthetically pleasing modern architecture that blends in with the old, quirky sculptures and installations, trendy cafés and bars, and bakeries that invite you in with tempting windows.

Visit Casa Rocca Piccola, a 16th century palace owned by Maltese noble family that has opened its doors to guided tours for visitors. Take a boat ride on the waterways of the peninsula on a traditional dghajsa. History and archaeology lovers shouldn’t miss the prehistoric subterranean burial site of Hal Saflieni Hypogeum, believed to be built around 4000BC, in use until 2500BC and discovered in 1902.

Read more about what you can do in Valletta, Malta. 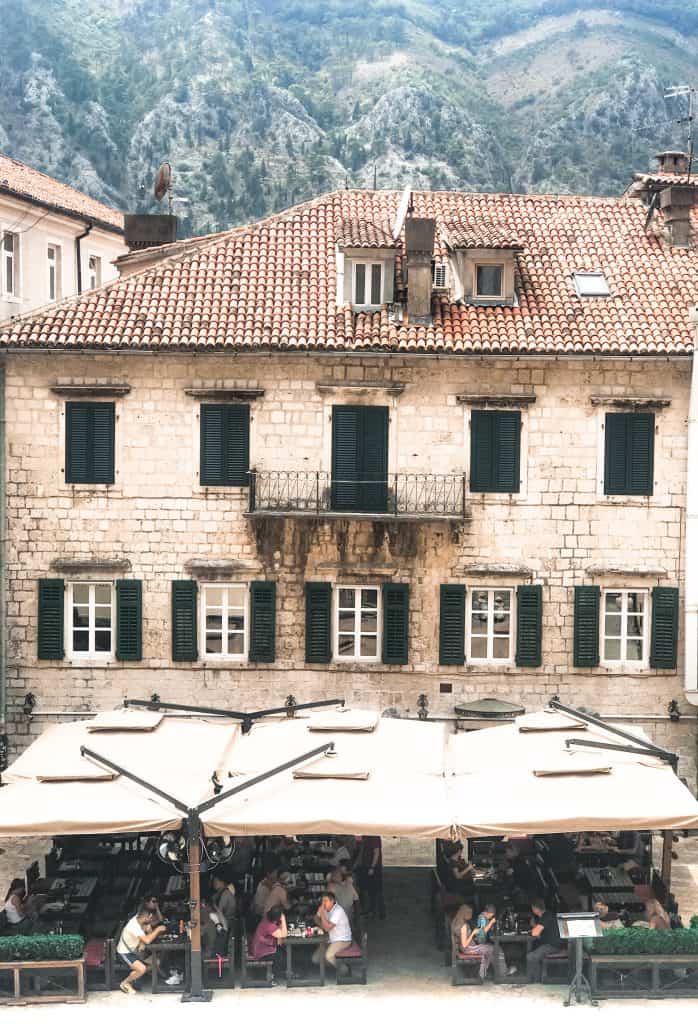 While Kotor is no stranger to cruise tourism, this little gem in the Balkans is worthy of all the attention it gets. Walking around Kotor’s old town, a maze of narrow backstreets and crumbling stone houses with bright emerald and indigo doors and windows, is like stepping back in time. There are cute boutiques, trendy cafes (serving vegan salad bowls and Thai curry), cozy wine bars, and even a Museum of Cats, to visit other than palaces, museums and churches.

The ruins of the Castle of San Giovanni watch over the harbor city and can be reached via a mildly arduous but worthwhile trek that offers fantastic views over the Bay of Kotor and Old Town Kotor. The quaint town of Perast, once the region’s commanding maritime capital, can be reached by a short bus ride. Here, visit one of many Venetian palaces and museums and the island Church of the Lady of Our Rocks. Afterwards, enjoy a meal at one of Perast’s seafront restaurants, or simply lie on the beach and work on your tan, far from the crowds of Kotor. 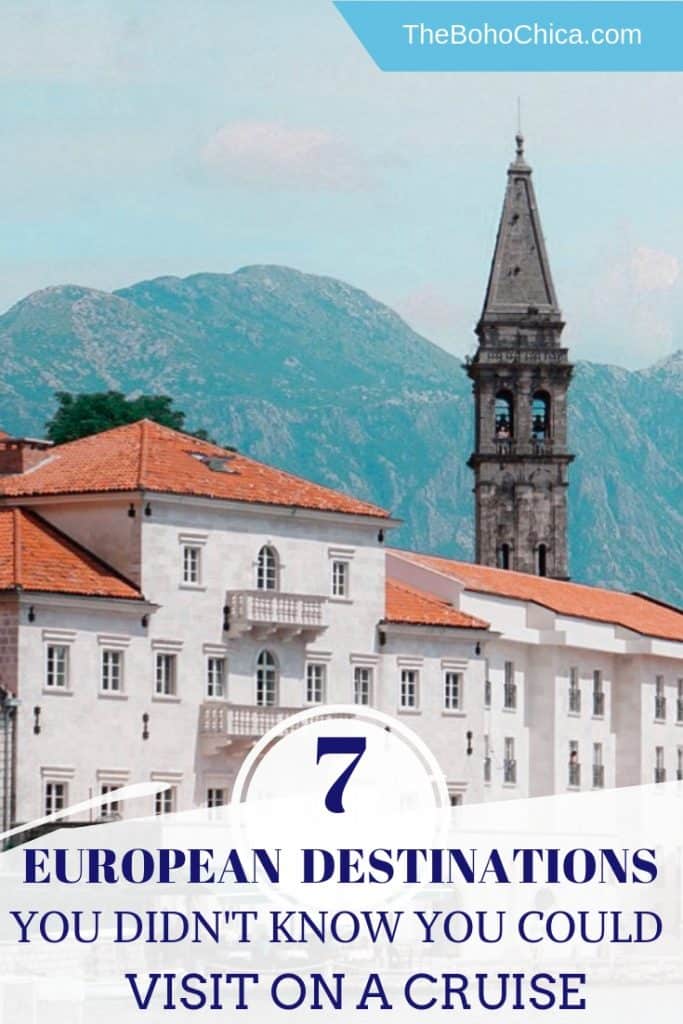 This post was presented in partnership with Celebrity Cruises.